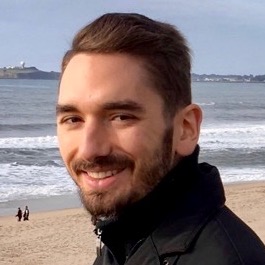 I’m a second-year PhD student at NeuroSpin under the supervision of Florent Meyniel in the Computational Brain team. I am interested in using mathematical and computational models to understand human behavior and the cognitive processes that underlie it, in relation to the brain and its environment. I am pursuing a research career in cognitive and computational neuroscience.

Previously, I completed a double Bachelor in computer science and in applied physics and a Master of research in computer science at the École Normale Supérieure Paris-Saclay (2010 – 2014) after being admitted on competitive examination following the French classes préparatoires (2008 – 2010). Then, I worked as an iOS Software engineer at Apple in California (2015 – 2018). Finally, I completed a Master of research in cognitive science at the École Normale Supérieure of Paris (2018 – 2020) and started my current PhD (2020 – 2023). I will be looking for a postdoctoral position starting at the end of 2023 or beginning of 2024.

During my PhD, I have used multiple levels of investigation to study sequential learning in changing environments:

In the past, I also published several research works in human-computer interaction before I turned to cognitive neuroscience. You can find out more about my education, research experience, publications, and more in my above CV.

I’m always glad to talk with other researchers about cognition, behavior and the brain. I’m also open to future research opportunities leveraging my skills as both a computational modeler and an experimentalist. Feel free to contact me at my email above.